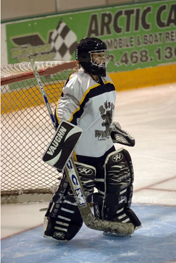 In 2010, Danielle founded Golden Marketing llc. Prior to Golden Marketing, Danielle worked in the technology industry as a Systems Engineer. As a Microsoft Certified Engineer, she maintained computer systems for a variety of companies. Her main role was providing 24/7 operational support for enterprise-level Microsoft-based servers and storage systems.

While working in the technology industry, she developed a passion for designing websites. For the past 12 years she has created websites in her spare time. After quitting her job as a Systems Engineer in 2008, she pursued her passion as a web designer. Knowing the world is increasingly moving towards the internet, in 2007 she began studying internet, social, and marketing strategies. She also loves creating graphics with Adobe Photoshop, Illustrator, and InDesign.

When Danielle's not sitting in front of her computer, she's either traveling the world or playing hockey at the local rink. 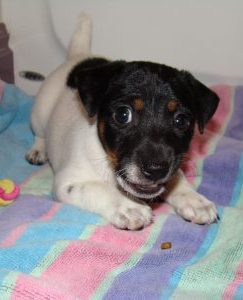 Reese joined our team long before Golden Marketing was a reality. Reese is a true Golden native. She’s lived in Golden since she was born in 2007. Now that she’s in her mid-senior years, she’s enjoying half retirement. When she’s working, she’s the Director of Operations. She makes sure everyone is doing as she wants it or she lets us know. When she’s not working, she takes lots of naps.

In her spare time, Reese enjoys swimming, hiking, taking lots of naps, hiding in the bath tub, and picking on her little brother. 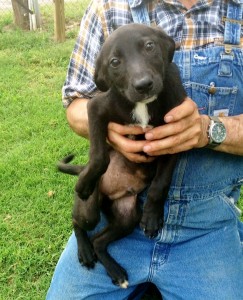 Rockie joined our team in June 2015 after relocating to Colorado. At the tender age of 3 months, Rockie found himself relocating from Oklahoma to the awesome city of Golden, CO in search of his forever home. It only took him a couple of days to find us. Since his arrival, he has always been eager to learn, shadowing my every move. It didn’t take us long to know he must be a part of our team. He quickly took on the role of Director of HR. He is great at keeping morale high.

Rockie’s favorite activities are playing fetch, hiking, going for walks, swimming, and shadowing me. He’s not very good at sharing his toys. We’re working on fixing that.